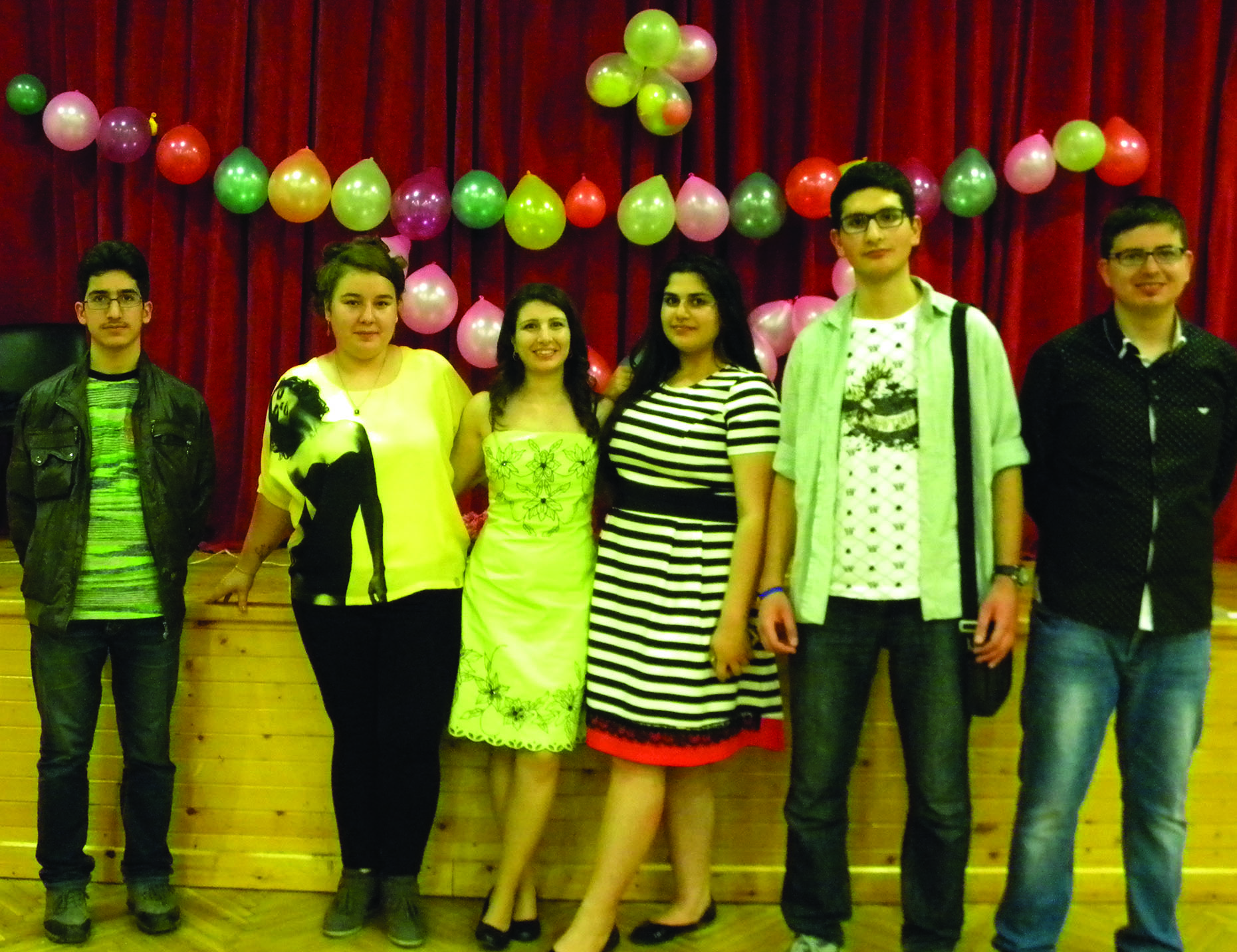 On April 16 2016, at the Armenian Cultural Centre the Youth Club organized a soiree for their peers and their parents. Their aim was to attract more young people to share their ideas.
A week ago, representatives of the Club had a meeting with the Mayor of Central Region – Mr. Stamenov to give him his invitation for the soiree. Favor of the Mayor for young people was visible. He promised them that he will always support them and thanked them for their attention. 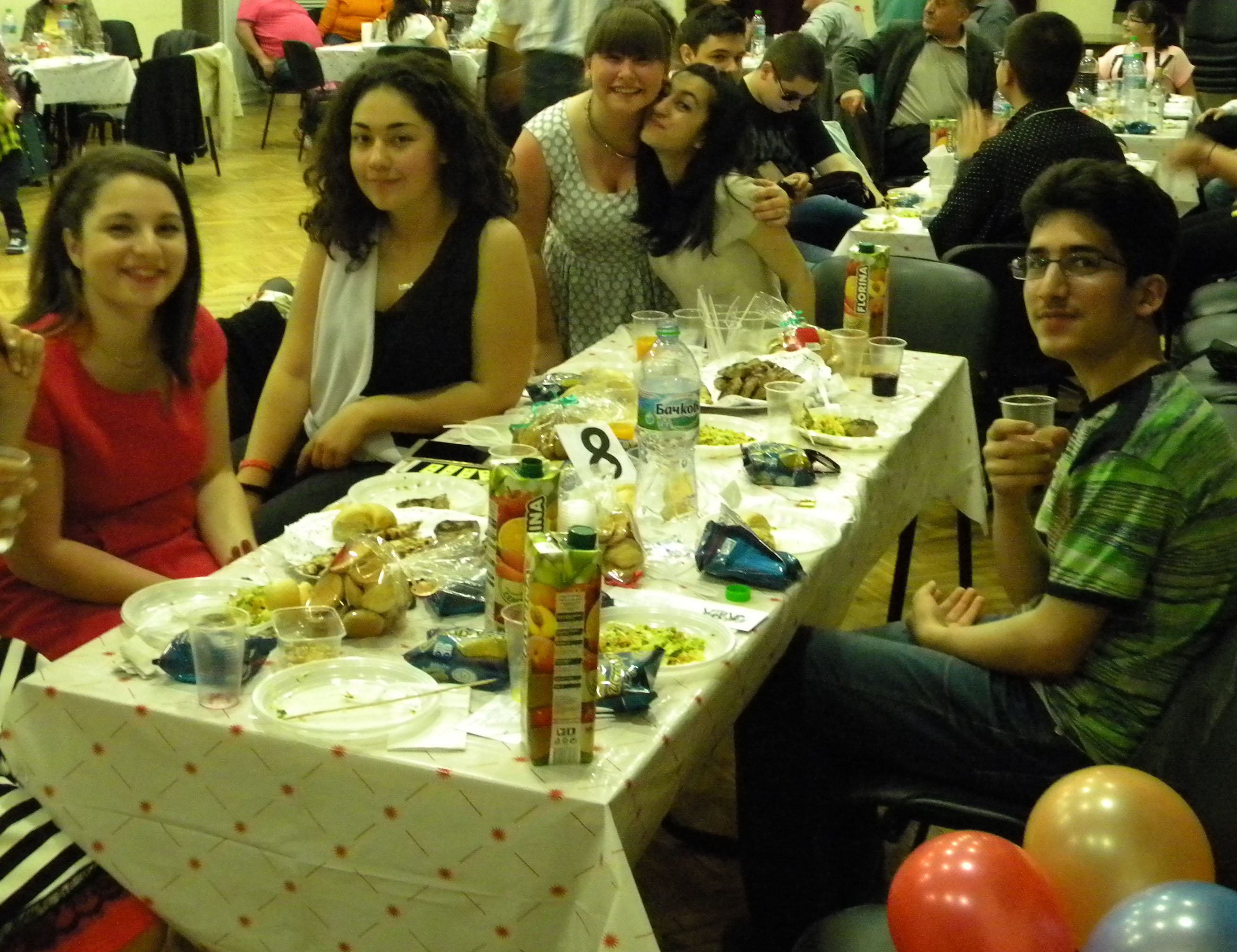 Young people themselves took care of the beautiful decoration of the hall, preparation and delivery of food. The evening passed in a great mood, and DJ Barry tooke care the music, giving an impressive advantage of Armenian songs.
Young people decided part of the collected funds to donate to soldiers who defend the borders of the motherland in Armenia and Karabakh. They will be added to the fund, which is collected in Plovdiv and will be sent to Karabakh.

This entry was posted in Dance Groups. Bookmark the permalink.