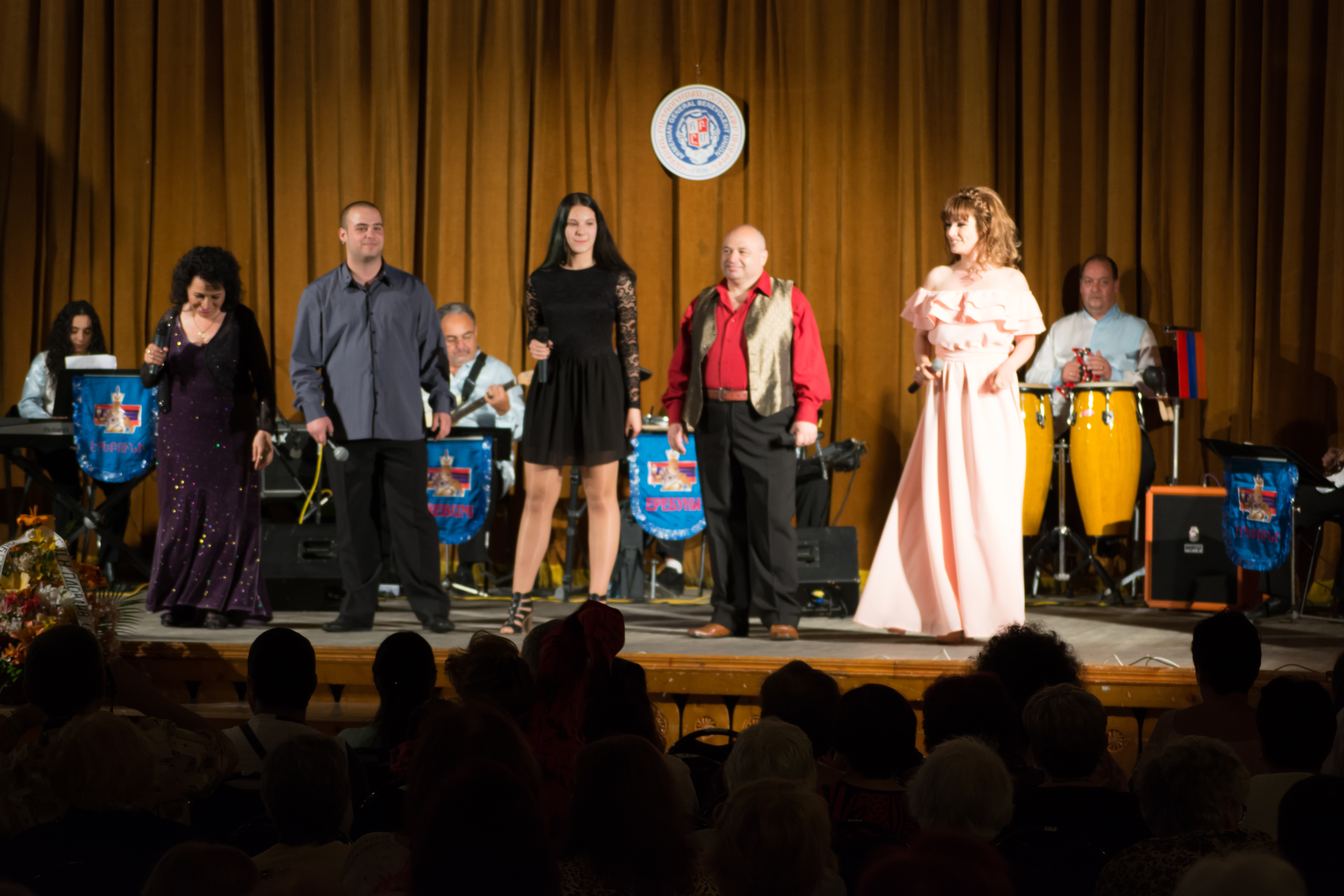 After the successful show of the band in Komotini, Greece in February, in Dobrich in April and in Shumen in May, on June 11 this year in the hall of House of Peoples Army in Plovdiv was held a gala concert. “The occasion is the 110 anniversary of the founding of Charity Union” AGBU in Cairo, Egypt, 45 years since the creation of the group” Erebuni “and the 25th anniversary of the Independence of Armenia,” announced Anahit Tateosyan and Alec Shishmanian, the hosts of the show. They are the second generation of our beloved group and their participation in the show was not accidental.

Their parents had a great contribution in the creative aspect of the band and continue to support it today. They presented a summary history of “AGBU”, accented the important moments in the history of VIS “Erebuni”, which is unique in Bulgaria and Europe and has such a long and uninterrupted creative life, they talked about the history of the second independent Republic of Armenia.

Young soloists Maria Spasova, a graduate of the Saturday School of “AGBU” Plovdiv, Hovhannes Karohluyan and Takuhi Veziryan turned concert in celebration of Armenian song. Genre diversity brought Harry Shishmanian and Mary Movsesyan Kaludova. Overall music program reached its climax when Takuhi sang the patriotic song “Getashen”.
Applause of the audience showed that the Armenian song will continue to live, that the work of these musicians and soloists will be rewarded with their love, and “Erebuni” will always have its audience.

The summer is coming, but the group has no time to rest. It has an active concert schedule in the autumn and in August they will travel to Armenia to participate at the International Festival “IM HAYASDAN.” This will be the first participation of a group of AGBU at a festival in Armenia.
Good luck!
Photos: Krikor Arakelyan and Todor Vaptsarov