The 5th album of vocal-instrumental band “Erebuni” is already a fact. It bears the title “Havadum yem”. Consisting entirely of Armenian songs, it has solidified the group’s mission, which has existed for 46 years.
Erebuni’s artistic enthusiasm, maintained by AGBU Plovdiv Chapter, continues to serve the Armenian community and promote our Armenian heritage in a fascinating way.
The first presentation of the album, “Havadum yem”, will took place on April 29th in town of Burgas. 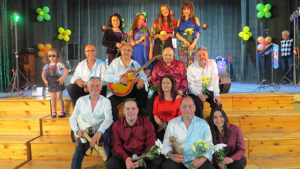